Home
Lifestyle
Should a Thai Girl marry a foreigner?
Prev Article Next Article

Should a Thai Girl marry a foreigner?

These words got my attentions last week when i was reading the news blog of Andrew Drummond about a another poor farang that fall in love in Thailand and Thai girls and gave her all the money and got killed for it (do not say she did it but well you know).

Andrew commented on some politician in Thailand from Phuea Thai Party Sunai Julphongsathorn and that he was saying something like.

I took a quick Google on the subject on the matter and found this on the first page, a blog post from a Thai journalist based outside Thailand. He claimed that Sunai Julphongsathorn not really said they should get a foreigner as a husband but he more understand why Thai girls did get a foreign husband.

You can read the translated version on his blog or if you understand Thai make your own judgment by looking at the video below.

So anyways regardless what is the right quote Should a Thai Girl marry a foreigner?

The question is always the other way or the blame is always put the other way that the Thai girl is cheating the foreigner coming to Thailand. I always say on my Facebook Page if you look for a toilet in a toilet you will find a toilet and that goes the other way as well. There are not many young good-looking foreigners living with their older wifes in Issarn are they? Many of the foreigners living with younger Thai wifes, overweight, no idea about Thai culture, a bit of social misfits since they could not find a wife in their own country or it might be purse sexual lust. They find a Thai girl ask her to move to her hometown in the middle of the countryside where time stand stood still and most people are poor. It is a problem meant to happened in any country, try to move out to the African countryside you see if you not dead in week or two.

I think Thai girls can for sure marry a foreigners if they find real love, if they want a quick step on social ladder to wealth (do not give me the crap that white girls do not do it just turn on TV and check Hollywood wives) or that they are too old to marry a Thai guy or are a misfit for Thai society a well.

But Thai girls be careful as well with foreigners as well some just sitting drinking all day, some are running away from the law and some are just crazy. You also have the guys coming here to Pattaya now just trying to get any Thai girl to marry get a baby to have a visa. Some of them also trying to force their girls back into selling their bodies in Thailand or outside.

For all the guys that marry a prostitute, think of this way as well the Thai girl is marrying a guy who actually need to buy sex he can not get it otherwise. So maybe they are match made in hell? 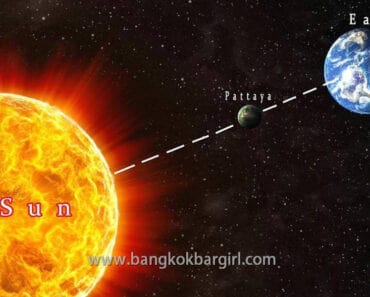